5 Signs You Have Bats in Your Attic

Imagine you’re in your attic, looking through old photo albums or dusting off your Christmas ornaments, when something dark flits across the room in a blur. The last thing you’d expect to be flying around your attic is a bat, but coming across bats in your home is more common than you may think. If your home contains one or more of these telltale signs, then chances are that there’s a bat on the premises. 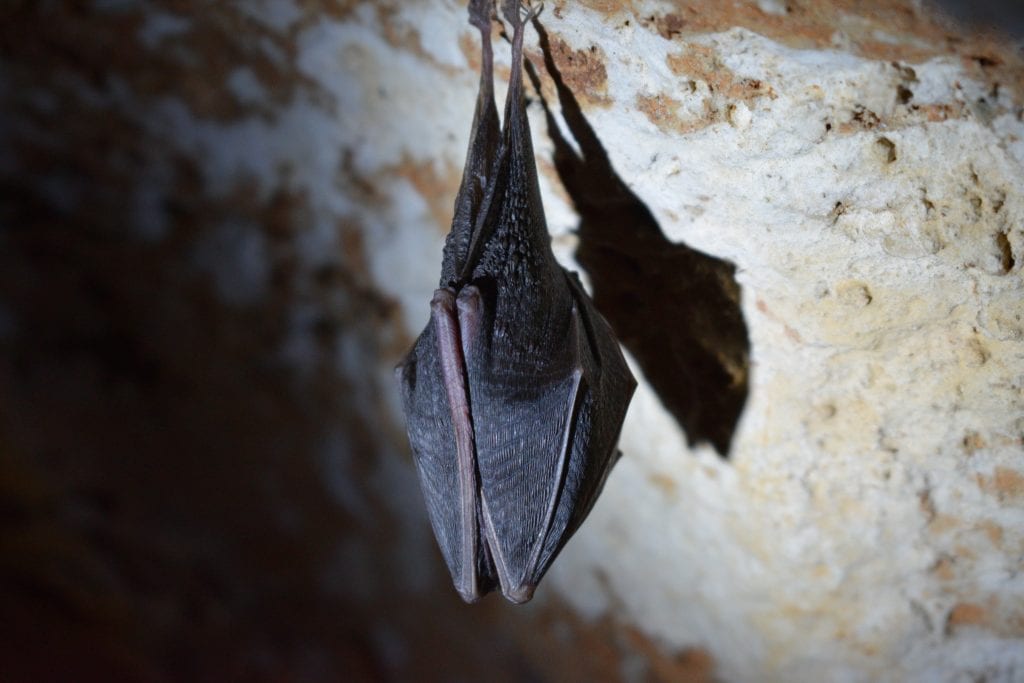 Bats flying around near your home at dawn and dusk

Bats are nocturnal animals that sleep during the day and come out at night to feed on insects. If you see one flapping around your home at sunrise or sunset, chances are that the bat’s found a space in or near your house.

Bats are a slippery bunch in more ways than one. They literally produce grease all over their bodies, so if they’re living in your attic, then points of entry will often be noticeably covered in black or dark brown grease. These stains may also harbor harmful diseases, so it’s very important to have them fully sanitized.

Even less pleasant than the grease stains left by bats is the presence of guano, or bat droppings, in your home. They shouldn’t be difficult to spot, and are often near interior entry points or exterior ones (like on a deck or the porch). Guano also has a strong odor that may smell like ammonia.

Bats communicate and navigate by echolocation, a process similar to sonar. They send out noise signals and then judge the distances of objects based on the return of the sound waves.

It’s useful for these nearsighted creatures to get around and catch prey, but if you hear high-pitched squeaks or chirps in your walls at night, then it’s probably time to call animal control.

Dead bats on or near the premises

An obvious sign of bats on the premises is the presence of dead bats in or near your home. Similar to the sight of bats at dawn and dusk, a dead bat probably isn’t far from its living area.

Do not try to handle that bat’s remains yourself; it can carry more diseases than even a live bat. Instead, let a trained professional take care of it.

So, what do I do about bats?

While they may seem like harmless and fuzzy little animals, bats are one of the most frequent carriers of rabies as well as other diseases. If you have bats in your attic, contact us. If you attempt to capture the bat on your own and it escapes, it can be even harder to find it in your house. It’s always best to let professionals handle the situation.

For more information, or if you suspect that your home is harboring bats, then let Shumaker’s Animal Control know by calling 443-854-8072 or accessing the contact information form to keep you and your family safe.

Tweet
Share
Pin1
Share
1 Shares
Categories: Bats
This entry was posted on Friday, October 25th, 2019 at 3:30 pm . You can follow any responses to this entry through the RSS 2.0 feed. Both comments and pings are currently closed.