It’s a common movie or TV scene we have all seen, whether in a vampire film or otherwise. Menacing bats come flying in, with the threat that they will bite and suck your blood out. So, are blood 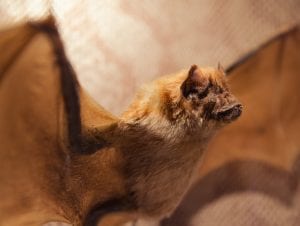 Despite what movies might display though, they almost never suck humans blood, and are just one of many bat species, making them far less important than the media may portray.

Where are Vampire Bats From?

As for the vampire bats themselves, they are native to and live in both Central and South America, but are not typically found in North America.

Like all bats, they are nocturnal and only come out to feed at night, and only venture out in the darkest hours of night when everyone and everything is asleep.

Their primary source of food is mammal blood, while other types of vampire bats opt to drink bird blood instead.

Livestock like cows, pigs and horses are the most common targets, but the likes of snakes, and of course, humans can work as well.

When it comes to biting humans, such cases are fairly rare. The most likely scenario where a human is bit comes if they are asleep outside in bat territory. After all, it’s hard for a bat to find you if you are inside, or bite you if you are able to fight back.

Besides the obvious creepiness of blood sucking bats, they are also known to carry diseases which make it imperative to avoid them.

Rabies is a very rare disease present in bats, but the more common hantavirus can pose serious health threats as well.

If you don’t live in Central or South America, you are unlikely to come across a vampire bat anytime soon. Instead, species such as the Big Brown Bat are commonly found in Maryland.

The Big Brown Bat is a large bat, which gives it the ability to leave hibernation earlier and seek out food, but if temperatures turn cold again, they can be found trying to make their way into homes.

Like most species of bats, Big Brown Bats pose little safety threats to humans, but that isn’t to say they are harmless. They can carry diseases, can bite if threatened, and their droppings can also lead to respiratory issues or diseases.

If you think you have a bat problem on your property, call the experts at Shumaker Animal Control to deal with the problem for you.

Tweet
Share
Pin1
Share1
2 Shares
Categories: Bats
This entry was posted on Wednesday, May 8th, 2019 at 7:18 pm . You can follow any responses to this entry through the RSS 2.0 feed. Both comments and pings are currently closed.